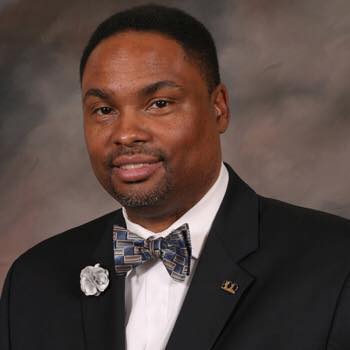 (Montgomery, Alabama) – The Montgomery Airport Authority is pleased to announce the selection of Marshall J. Taggart, Jr., C.M. as the incoming director of the Montgomery Regional Airport (MGM).  He will assume the top airport leadership role effective May 15, 2019.

Mr. Taggart comes to the River Region as an accomplished airport industry leader, with nearly two decades of experience in the aviation industry.  Prior to joining the MGM team, he served as the Deputy Airport Director of DeKalb Peachtree Airport (PDK), the second busiest airport in the state of Georgia. At PDK, his leadership responsibilities included: operations, security, facilities, maintenance, and the successful administration of more than $42 million in construction and airfield projects including, Engineered Material Arresting System (EMAS), the first of its kind implemented in the state.

He is an engaged contributor and professional member of the Airport Minority Advisory Council (AMAC), Airport Council International (ACI), the American Association of Airport Executives (AAAE), and the National Forum for Black Public Administrators (NFBPA).

The Montgomery Airport Authority selected to hire Mr. Taggart during its April board meeting.  Board Chair Tammy Knight Fleming remarked, “The Board conducted a national search focused on identifying the right leader to innovate operations and continue recent growth, and we are excited by the outcome.  Mr. Taggart was selected by a diverse committee, made up representatives from the local and business communities, as well as leaders in the aviation industry.  He brings a wealth of experience to MGM, and we look forward to supporting his vision for the airport.”

Mr. Taggart responded. “I am honored and humbled to serve in this position as MGM’s next Executive Director. I personally believe that an airport is the official calling card to your city because it gives travelers the first and last impression of what your city has to offer. Our MGM employee team, along with the MGM Board look forward to introducing our theme to move the airport to even higher heights by launching: “Moving MGM Forward – VISION 2025.”

Taggart holds a bachelor’s degree in accounting and master of public administration degree from Clark Atlanta University (CAU). He is currently completing his dissertation for his doctorate in political science with dual concentrations in Urban and U.S. politics from his alma mater. Marshall and his wife Sherri, also a CAU alumna, have two adult children.